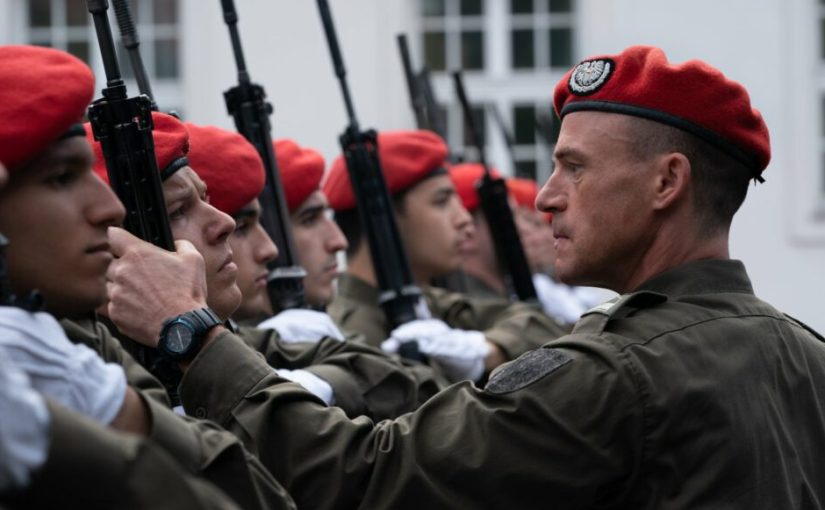 After David Wagner’s debut film EISMAYER premiered with huge critical acclaim in Venice, the feature film produced by Sabine Gruber and Arash T. Riahi for Golden Girls Film will be released in Austrian cinemas on 28 October 2022.

Vice Lieutenant Eismayer is the most feared instructor in the Austrian army and leads a double life as a showcase macho in public and as a gay man in secret. When a young soldier joins the army who is openly gay and Eismayer falls in love with him, he turns Eismayer’s world upside down. Based on true events.

The film celebrated its world premiere in Venice at the Venice International Film Critics’ Week 2022 (Settimana Internazionale della Critica) and was awarded the IWonderfull Grand Prize as Best Film of the section, as well as the Silver Ship Award of the Fanheart3 Association.

EISMAYER will have its Austrian premiere at the Viennale Film Festival on 23 October 2022, and will be shown in cinemas throughout Austria starting 28 October 2022 (Filmladen Filmverleih).

More information about the film: www.eismayer.com